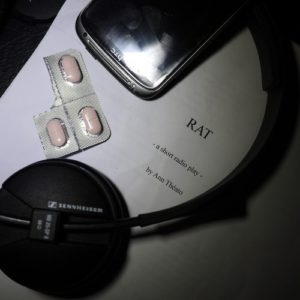 Rat is a short radio play written by and starring Ann Theato. A dying rat appears outside a block of flats and becomes the focus of one woman’s thoughts. A snapshot into family life, and our mixed feelings of empathy and fear towards vermin.

We knew we needed to take a step forward in our media provision to engage and make the very best of the cutting edge techniques we were becoming aware of.

We set ourselves an enormous task: